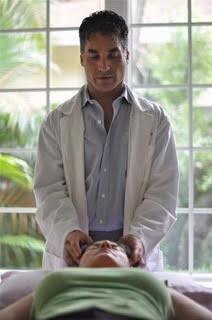 Josh is a 2008 graduate of East West College of Natural Medicine in Sarasota, FL.. Going full-time, he finished the nationally-accredited, three-year Masters program in Traditional Chinese Medicine, started practicing immediately and hasn’t looked back. Ten years later, his love for Acupuncture remains unflinching.
Traditional Chinese Medicine was an unpredictable career change for Josh, who grew up in Connecticut with absolutely no exposure to alternative medicine. The only hint of things to come was joy of physical activity, and a reluctance to pop pills for every little problem. The only “real” physician in anyone’s mind was an MD.
After receiving a History degree from Brandeis University in Waltham, Mass. he eventually spent more than 15 years as a newspaper reporter. As the thrill of journalism wore off, he feels lucky to have discovered a passion for natural medicine, which was fed by watching his father die young at age 62, observing the very major problems with drug- and surgery-based mainstream medicine and finally, pinching some of his own health blips overcome through simple, effective natural solutions.
Josh continues to expand his knowledge base of Traditional Chinese Medicine, western medical research and the field of structural integration by reading and then applying those insights to nearly 10 years of consistent treatment room experience. He is highly focused on giving patients the best possible individualized care, which often involves recommending dietary changes and including time with other health professionals.
Patients often commend his listening skills, an asset when tackling chronic issues that often involve mental and spiritual blocks to healing.
In his off time, Josh is an avid boxing and soccer fan, as well as an off-road cyclist and dog lover. Nutrition, travel, and cooking are steady passions.
ACUPUNCTURE:
Acupuncture is a system of natural care developed in ancient China that stimulates specific points on the body to promote better health.
It’s based on the philosophy of circulating Yin-Yang energies that people share with every other creature and object on earth. Unspoiled nature is considered perfect. When people fall ill, which can happen for various reasons, this represents a loss of vital energy and a disconnect with the natural world. Observing the body, mind, and spirit very carefully, ancient physicians mapped out zones on the body – ​energy channels​ – that connected different basic functions. On those meridiens, they discovered specific spots – ​acupuncture points​ – that exhibited particularly strong healing capabilities.
The ability to access all parts of the body, from head to foot, allows acupuncture to treat a wide variety of conditions and illnesses.
Most acupuncture patients are looking for pain relief, with the back, neck, shoulders, knees, and hips being the most common areas of complaint. ​However, it’s important to note that most of my acupuncture treatments incorporate other ancient hands-on modalities that will be described a little further down. ​Hands, elbows and, to many people’s surprise, feet also benefit from these comprehensive sessions.
Acupuncture often excels at treating digestive issues, which are widespread in America and defy the ancient Chinese exhortation that good digestion is key to maintaining health and avoiding disease. Many acupuncture help treat the following problems:

Other common issues that acupuncture effectively treats are:
Cancer and Post-Cancer symptoms Stroke recovery
Neuropathies of the legs, hands and feet TMJ
Shingles.
Commonly-Used Non-Acupuncture Modalities:
Cupping: ​You saw the marks on the Olympic swimmers! Cupping is an ancient technique that places suction cups on various areas to break up adhesions and promote blood circulation. Most often used for muscle and joint pain, cupping can also be applied on the back for colds and flu because the suction opens the pores and “vents” the Lungs.
Gua Sha: ​People can’t believe how simple yet effective Gua Sha is at reducing muscle tension and pain. A smooth-edged Gua Sha stone is used to stroke-damaged areas until stagnated peripheral blood is released, improving circulation and releasing discomfort. The treatment site can get very red. Longer strokes across muscle groups and joints free up fascia while enabling greater structural integration in the body.
Moxibustion: ​This is a gentle warming technique that uses heat to stimulate Qi flow all over the body, much like turning a key to start a car engine. Great for balancing out cold areas often found on the abdomens of people with digestive issues, boosting energy in people with fatigue and reducing inflammation in painful or arthritic joints.
Tuina (acupressure):​ Tuina is the Chinese system of medical massage that incorporates acupressure and other movements designed to break down stagnated blood, open up adhesions and promote a range of motion.
Electro-Stimulation: ​Connecting alligator clips to inserted needles while setting the “e-stim” machine at fast or slow frequencies creates a heightened qi stimulation that either treats pain or boosts the body.
Acupoint Injections:​ Certified practitioners like myself can inject natural substances into the acupuncture points for expanded effect. B-12 Methylcobalamin is a commonly-used injectable. So are the homeopathic Traumeel, Engystol, and Lymphomyostat.

Testimonials – What people are saying

Kelly – “I have really really tight hips. But when the cupping was finished and I was getting dressed, I was able to touch my toes.. it was a Wow experience of Oh my God I can touch my toes! I could never do that before.
“I also did the needles as I was having digestive problems, Josh helped with those issues also and you really couldn’t feel the needles going in. I was always skeptical to try acupuncture but now that I have I am a believer, it has been done for thousands of years and it is so much better than taking prescription pills, since pills are just band aids vs figuring out how to help the problem. If you are in any kind of pain.. You should try acupuncture first before trying the pills.

Renee – “We got the symptoms of Trigeminal Neuralgia not only under control, we were able to reduce the medication and eventually I tapered off the medication and stopped taking it entirely.
“I also had problems with saliva. I didn’t have any. Now and after several years I can spit and don’t have any cavities. That is amazing with Sjogrens Disease. And my dentist is impressed by that. It’s because my acupuncturist worked on my saliva glands.”

The Gabriel Center in Sarasota 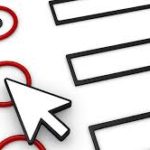 Download the Clinical Intake Form. Print, fill out and remember to bring it with you to your appointment.  We look forward to working with you.